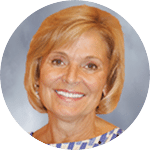 For 25 years, Cheryl worked as a CPA, which included 10 years as a partner in an accounting and wealth management firm in Naples. Subsequently, she earned the Certified Financial Planner® (CFP) and Certified Global Management Accountant (CGMA) designations. After obtaining her securities and life, health and annuity licenses, she spent years as a financial planner and investment advisor. In that capacity, she was also able to utilize her accounting, tax and estate planning expertise. Learn more.

While much of the political fire and fury from Congress’ tax plan debate has settled, some of the economic smoke still lingers as financial analysts and private investors plot their way through the new $1.4 trillion law’s long-range ramifications.[1]

President Donald Trump signed the historic tax bill into law December 22 following a firestorm of partisan exchanges in the last few weeks that painted near apocalyptic visions if the bill either passed or failed. Republican pundits hail the sweeping tax bill as Trump’s first major legislative victory in office.[2]

American taxpayers are “going to start seeing the results in February. This bill means more take-home pay. It will be an incredible Christmas gift for hard-working Americans. I said I wanted to have it done before Christmas. We got it done,” Trump said.[3]

The U.S. House of Representatives voted 224-201 December 20 in what was labeled by USA Today as an “unusual do-over vote”[4] to approve the bill following the U.S. Senate’s 51-48 vote the same day, which included several minor changes from an earlier House version. The House voted 24 hours earlier to approve the tax plan’s first version.

One of the 3 provisions Senators removed from the House version allowed families to use tax-advantaged 529 accounts for home-schooling expenses.[5]

The other 2 provisions[6] involved the law’s title and excise-tax conditions colleges and universities can use for their endowments.[7]

The law slashes the corporate tax rate from 35% to 21% and gives business owners a 20% deduction on business income.

For taxpayers, the law nearly doubles the standard deductions to $12,000 for individuals and $24,000 for couples, which means itemizing deductions may help lower the standard tax load.[8] 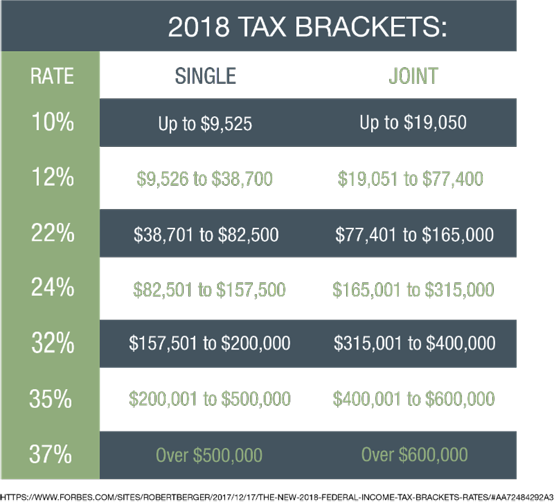 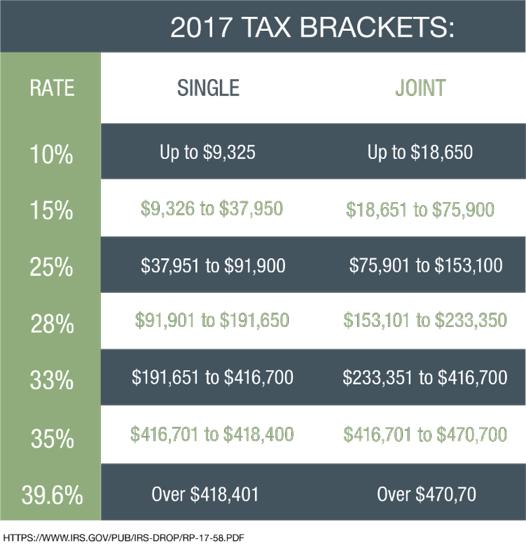 What Does the New Plan Mean for Individual Investors?

The law, however, prohibits taxpayers from reversing Roth IRA conversions for a certain amount of time, which were used by account holders if investment values declined. Americans don’t have to pay income taxes on Roth IRA withdrawals.[10]

Although the estate tax wasn’t eliminated, the plan raises the federal exemption from $5 million to $11 million per person and to $22 million per couple.[11]

The plan also boosts the alternative minimum tax (AMT) from $50,600 to $70,300 for individuals and from $78,750 to $109,400 for married couples filing jointly. The AMT’s aim was to prevent high earners from skirting full income tax payments by increasing the number of deductions. The AMT, a mandatory alternative to the standard income tax, takes effect when taxpayers’ income reaches certain levels.[12]

Sole-proprietorships, partnerships, and S-corporations would pay taxes at individual rates, but be allowed to use the 20% income deduction. This provision would not apply to high earners making more than $315,000 and filing jointly as couples.

What Should I Do Now?

Take a look at previous years’ tax filings to determine the differences in your tax situation.[13] If it appears your tax rate may drop or your ability to itemize changes, you may want to consider making changes to future contributions – such as charitable donations – or deductions, which may include medical expenses.

Retirees will benefit from the increase in the standard deductions for charity. To gain the most advantage, experts suggest doubling donation sizes but give less frequently. For example, by giving more in a single year and then skipping the next year, taxpayers would have a higher amount to write off on their taxes. Financial professionals also point to appreciated securities rather than donating cash.[14]

Retirees will also have to monitor their income (withdrawals from their retirement accounts, which are taxable) to avoid moving into a higher tax bracket.

Retirees approaching 70½ in 2018 may want to start taking early distributions if they have high balances in their retirement accounts to avoid landing in higher tax brackets.

We hope you found this report useful. We strive to keep you abreast of the most recent developments in the financial industry. Please contact us with your tax questions.

Get a FREE Second Opinion
on Your Retirement Income Plan, Taxes, Wills & Trusts.
Click here to request your Personalized Income Plan Review
or call us at 239-249-8888

WHAT DOES THE NEW TAX LAW MEAN FOR ME?